Sihanoukville now has its own radio station only available thru the internet at present. In the future it will be on FM. Radiosiahnoukville.com has DJs from the local expat community some of whom are rather good. They have had some teething problems which included having their site hacked into and the Russian owner of all the equipment decided to withdraw all his equipment in the middle of a show. The station was off air for a few days while new equipment was shipped down from PP. All is good now so tune in.

As the place slowly gets busier year after year people’s plans and lifestyle change and in the past month two well known establishments have changed hands. Coolabah and Reef Resort both have new owners. Coolabah still has high standards and Reef Resort is in the process of transition with Tim still there for the next month to ensure a smooth handover.

Sihanoukville International Bike Festival 30 May – 1 June at Queenco Casino will be over by the time you read this. We haven’t heard a lot about it. One local expat emailed them about a stand but didn’t get a reply! 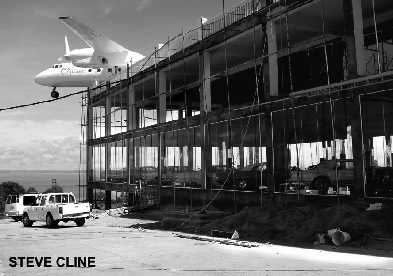 An update on the new car show room on Victory the first floor is just about complete with some amazing cars on show. The second floor is going to be a jewellery floor specializing in diamonds and the top floor where the Antanov now sits will be a hotel.

The power of the internet and social media sites especially make the world and Cambodia a smaller place. A recent renter of a bar absconded without paying his bills but he has been immediately tracked down to another town in Cambodia. And his future employers in said town are already aware of his burnt bridges in Snooky.

As the season slows right down on the coast the building work seems to have increased it would seem we need more apartment blocks and hotels. Well I guess the hotels have been very full over the last few months but would you make enough money in those months to see you thru the rainy season. with so many coming on line it’s hard to see how you can. But if the rumours of the airport accepting international flights from three regional hubs to be true then bingo, maybe. Somebody has defiantly given the green light for investment in Snooky to begin on a bigger scale maybe just maybe the airport will go International. 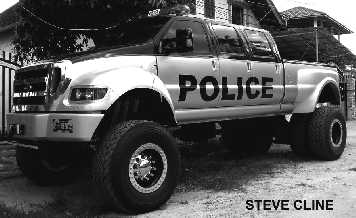 Snooky police department have a new toy! Completely impractical the worst gas guzzler on the planet. We suspect donated by the Ruskies as nobody in their right mind would want to run one. To be fair policing down here has improved dramatically in the last few months but this is not the type of improvements they need.

Dao of Life which is located in between downtown & Victory Hill is one of the few Vegetarian restaurants around. This one has some tasty options and they also have just started yoga classes up stairs on their breezy terrace.

Pop down for a break. It’s nice and breezy at the moment with a few rain showers to keep a lid on the temperature.